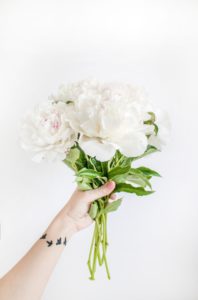 Before making the final decision about choosing a tattoo design, it is worth knowing its
symbolism. The best tattoo studios do not shy away from explaining the meaning of individual
motifs. After all, most people get tattooed that combines pretty looks and positive
value. Drawings can express numerous emotions, feelings, emphasize views and remind about
important events. Of course, some people do not pay attention to what a given graphic means and
are only interested in how it looks on their skin. However, even with
this type of person, it’s worth knowing how their tattoo can be perceived by
others. There are several designs that are most popular with the public.
It would be difficult to count how many people decide to get a tattoo with a wolf, swallow,
owl, butterfly or moon theme . However, it is worth trying to answer the question of
whether we know what meaning is hidden in each of them?

Theme with a wolf or an owl

Each tattoo studio has many designs with a wolf or owl pattern in its portfolio.
Both women and men choose such tattoos. The wolf is a symbol of steadfastness and
perseverance in pursuing the goal. This animal also brings family values ​​to mind. Some
peoples believed that the wolves acted as guides to guide people to the
deepest levels of their consciousness. Thanks to these animals, they would have to re-understand the concepts of
intuition and power of the mind. The wolf is also the hero of many legends, where he used to take responsibility
for the creation of man. A perfect example is the story of the founding of Rome. It
also know that the Bible equates these wild animals with debauchery, sin and being
cunning.
An owl is also a fashionable tattoo design. This bird is one of the most popular
cultural patterns . Ancient peoples believed that the owl is a symbol of wisdom and the embodiment of common
sense. However, it is worth being aware that in some circles it has been equated with sadness,
deep melancholy and bothersome loneliness. The owl is also a symbol of reliable intuition and the
ability to see what is not visible at first glance. There are also numerous
interpretations of the owl as a sign that is supposed to constantly remind you to believe in yourself and
your abilities.

A tattoo studio about the meaning of swallow and butterfly

The swallow is a symbol of unfettered freedom, unwavering hope, happiness and
positive changes in life. Her message is extremely optimistic. Many ancient cultures
considered this little bird a harbinger of good news, prosperity in professional and
personal life , and the guardian of the family hearth. The Chinese considered swallows as sacred animals
that personified good and faithfulness. So it is not difficult to come to the conclusion that a tattoo with a similar
motif has a very positive message. What’s more, it is an example of a perfectly preserved
balance between nice appearance and good meaning.

Butterflies are another designs that are quite often implemented by tattoo studios. It is
mainly women who choose them. Most women choose this theme because it is a
symbol of freedom and positive internal changes. In some cultures,
butterflies have been identified with a highly developed self-awareness. However, these insects also have other, slightly less
obvious meanings. On the one hand, it is believed that butterflies are a sign of immortality, on the other hand
, they are the embodiment of vanity and remind us of quickly passing beauty. After
all, the lifetime of these creatures is not very impressive. The butterfly is liberation and initiation
all over again, intuition, joy and freedom. The butterfly is beauty and elegance, but also a symbol of the
transition to the spiritual world that takes into account physical death.

Moon tattoo and its meaning

The moon is another pattern that is often chosen by tattoo studio customers. However, not everyone
knows that it is a very mysterious symbol that is directly related to the
magical world . The moon is a kind of reference to the inner need of a man to know
himself and the possibilities of his mind. Many religions consider the moon as a sign that symbolizes fertility,
strength and female nature.

It is worth knowing that the moon is a celestial body that orbits the Earth. It is also the only
astronomical object where man has managed to set his foot. Gravity on the moon has a powerful
influence on our planet’s conditions. Scientists have long proved that the moon is of
great importance to human well-being.

As can be seen from the above, it is not always the case that the meaning of a tattoo is obvious. Sometimes
it happens that people decide on patterns that they don’t know anything about. Some believe that the
inadvertent tattooing of a negative meaning motif can
affect a person’s mental state. Regardless of the correctness of this theory, it is worth asking the
employee of a tattoo studio what the drawing of our choice symbolizes.