The speed of reading and writing data from a computer is essential for smooth and trouble-free operation. Modern SSDs are one of the most effective ways to speed up older, losing performance hardware. Replacing the traditional solution in the form of a mechanical HDD with a semiconductor equivalent allows you to change the experience of use at a low cost. Find out what the benefits are, which type to choose and which models are the best selling.

Why is SSD a necessity these days?

When installed in a computer, SSD drives introduce changes that we could not expect from a new processor or graphics card. This is a choice that for a price of less than PLN 300 will renew a several-year-old laptop or a dusty stationary device. Thanks to the use of flash memory, they provide comfort unprecedented in the case of hard drives. They do not have mechanical parts responsible for the characteristic noise coming from the housing. All data is stored on an electronic chip, without moving or noisy parts.

All this makes the solid-state drive less susceptible to damage during transport, offers much better throughput, response times and the number of processed operations per second. In practice, the files open immediately, the loading screens disappear after a few seconds, and the system starts up in 6 seconds from the moment the power button is pressed. Therefore, we should not have doubts about the rightness of purchasing an SSD.

Which type of SSD should I choose?

When buying SSD drives, be aware of your choice. Not all models work the same way. Depending on the type, they may have a different shape, size and type of joint. Some are additionally enclosed in a housing. The price largely depends on the capacity and the bandwidth offered by the disk. 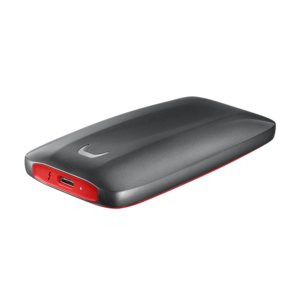 Most SSDs have a good reputation, with a long warranty period and low failure rate. When buying them, it is worth remembering that they are part of the technology market, which tends to change dynamically. Nowadays it is no longer profitable to choose solutions with the smallest possible capacity of 128 GB. 256 GB SSD disks are only a few dozen zlotys more expensive, but they have much more memory slots.

The ADATA SSD M.2 PCIe NVMe XPG SX8200 Pro is a proposition for people with a desktop computer who would like to achieve unique loading times. The ADATA XPG SX8200 uses a Gen 3 (x4) M.2 PCIe interface for read and write speeds up to 3500/2300 MB / s respectively. Fast multi-sequence and random data processing is not enough. The drive is based on 3D NAND flash memory, which increases TBW and overall data storage security. The life of the SX8200 Pro drive is ensured by code error correction technologies – LDPC, RAID and End-to-End. The manufacturer attaches a heat sink to the product, which allows for an aesthetic presentation inside the housing. There are variants with a capacity of 256, 512, 1024, 2048 GB.

The interest of notebook owners will be won by a drive with SATA III interface, because this type is used in most modern mobile devices. Samsung SSD 860 EVO is a solution that provides sequential write speed of 520 MB / s and sequential read speeds of up to 550 MB / s. The use of the proprietary Intelligent TurboWrite technology contributes to the improvement of performance when transferring a large number of files simultaneously. The manufacturer has made every effort to ensure that the Samsung 860 EVO works well from every angle. Therefore, Linux compatibility is supported by a correction coding algorithm. For better data protection, the drive supports AES 256-bit hardware encryption.

Can’t open the case and you keep transferring data from one device to another? In that case, consider purchasing an external SSD. One of the most popular models is the Samsung Portable SSD X5, which connects via the port and the Thunderbolt 3 interface. Users praise this drive for its compatibility with Mac OS X Sierra, Windows 10 and High Sierra. The speeds offered by the disk are often higher than those characteristic of internal disks, amounting to 2800/2300 MB / s – for read and write respectively.