Everyone is used to standard hard drives, the so-called HDDs that have so far appeared in every computer. This technology was constantly improved – their capacity was expanded, and finally at least 1 TB of data became a standard. However, memory media based on flash memory, i.e. SSD disks , began to appear on the market . Computer users have watched their development with a grain of salt, but recently they have started to displace hard drives, the dominant market, and change the direction of storage media development.

How does an SSD drive work?

Hard drives have platters with a magnetic layer, magnetic media, and electromagnetic heads that write and read data. Their construction requires elements to move. SSDs, on the other hand, are characterized by the fact that its elements are stationary, they use semiconductor memory. They save data in flash memory cells, the operation is controlled by a controller. They are equipped with a SATA interface (to be compatible with sets that previously used HDDs), PCI Express or M.2. The fastest are those with the M.2 interface, and their small size is perfect for portable devices.

SSD drives are all about speed.

One of the greatest advantages of this type of storage medium is speed. SSDs are several times faster than HDDs , increasing the comfort of using devices. Initially, they were used to install the system to increase the speed of the computer and have faster access to saved files. Nowadays, this disk is used for installing applications and storing all files, because of the tremendous speed that will load programs immediately. With their development and the dominant advantages, they have become the new standard – stores mainly offer computers and laptops with disks of the new technology, and the new generation of game consoles will also use only SSDs. 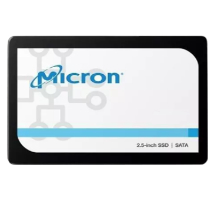 Their disadvantage was the low capacity and high price, but that is history.

It is a fact that SSDs are more expensive than hard drives, but that price is dropping drastically due to their overwhelming popularity and overwhelming advantages that attract newer and newer consumers. Until recently, HDDs could boast an overwhelming amount of data available for use by the user, which made the SSD disk just an addition to the computer, improving the speed of operation. This changed with the release of flash memory media with a capacity of up to 8 TB by manufacturers , which made them replace their predecessor, which has nothing else to boast about. Currently, an SSD drive with a capacity of 500 GB costs about PLN 300, for the same price we will buy a HDD with twice the capacity. These prices will be increasingly favorable in the future.

They do not have the disadvantages of hard drives.

The SSD drive does not make any sounds, unlike the HDD drive, the characteristic sound of which during intense work everyone knows. In addition to the quiet operation, the risk of scratching the disk is reduced, as was the case with hard drives, which could end up with scratches due to the intensively moving heads. In addition to scratches, you had to watch out for shocks and falls – such drives were very easy to damage, which cannot be said about SSDs. In addition, data stored on the magnetic disk becomes fragmented over time, which deteriorates the quality of use of the device, increasing the waiting time for reading the data. To fix the problem, periodically apply defragmentation to organize the files on the disk. The flash memory device does not have this problem – it always reads the data in the same way, regardless of the time and manner of use. Along with the lack of moving parts, SSDs don’t need as much power to read data, which increases the battery life of your devices.

Nothing is without flaws.

When choosing a drive, you should compare the advantages and disadvantages of each. SSD is also not without problems, so the choice is not always clear. The main disadvantage is the limited number of operations in the flash memory cells. This means that after a while the drive reaches the end of its life and can no longer be used. This is by no means overwhelming, hard drives also have a limited lifespan, while the recovery process is much more complicated due to data encryption. The number of available operations depends on the NAND dice used. Available dice: SLC, MLC, TLC. The most expensive, but with the longest vitality is the SLC, while the TLC is the cheapest. Currently, technologies are introduced that improve the operation of SSDs and extend the working time, and as they develop, we can expect that the number of operations,

Ultimately, choosing a drive is an individual matter, but it cannot be denied that hard drives will lose popularity in the future, and SSDs are the future of choice. High performance is the main feature that is gaining more and more fans and thanks to it, manufacturers decide to give up HDDs in order to improve the quality of using devices.